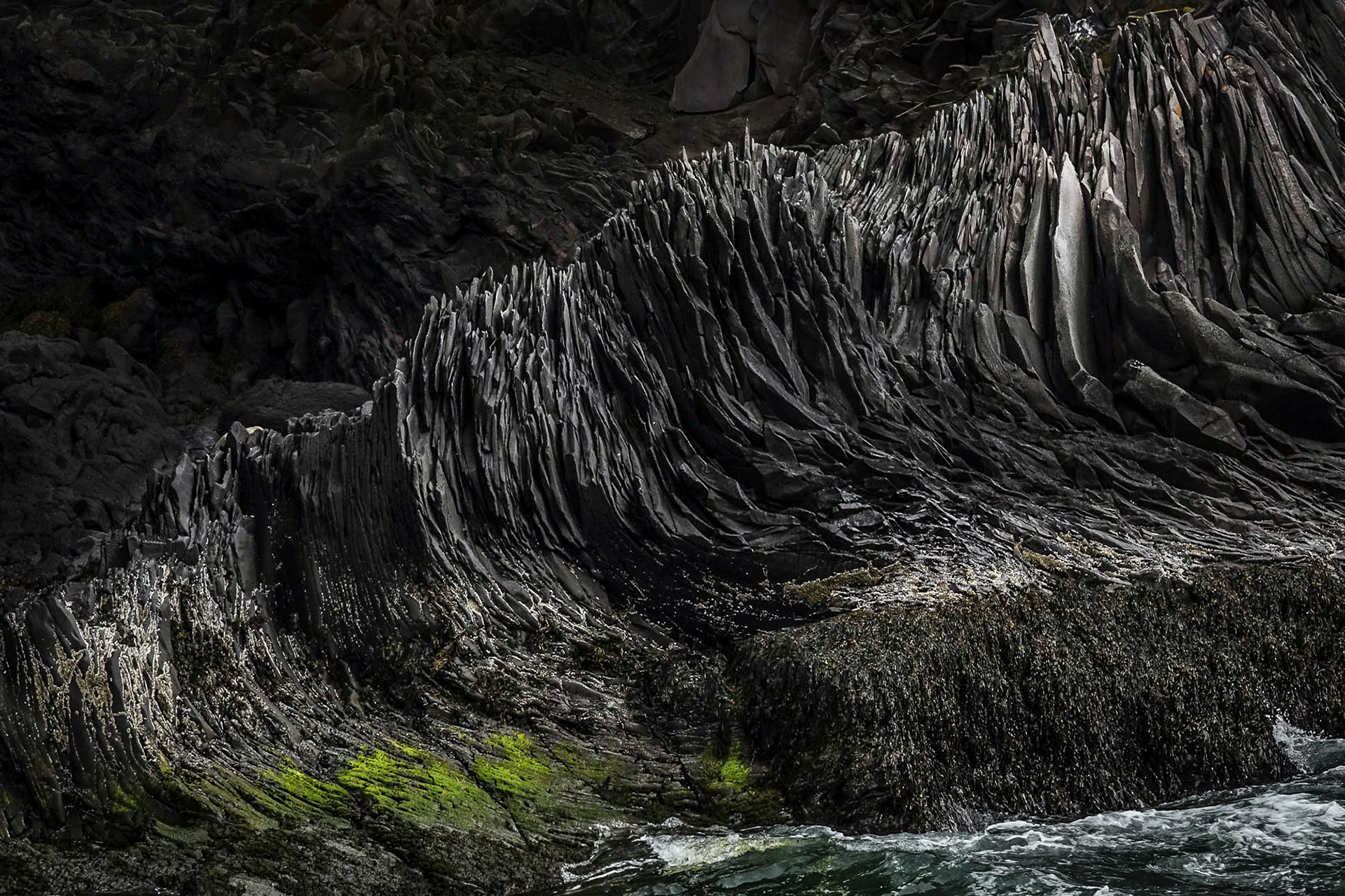 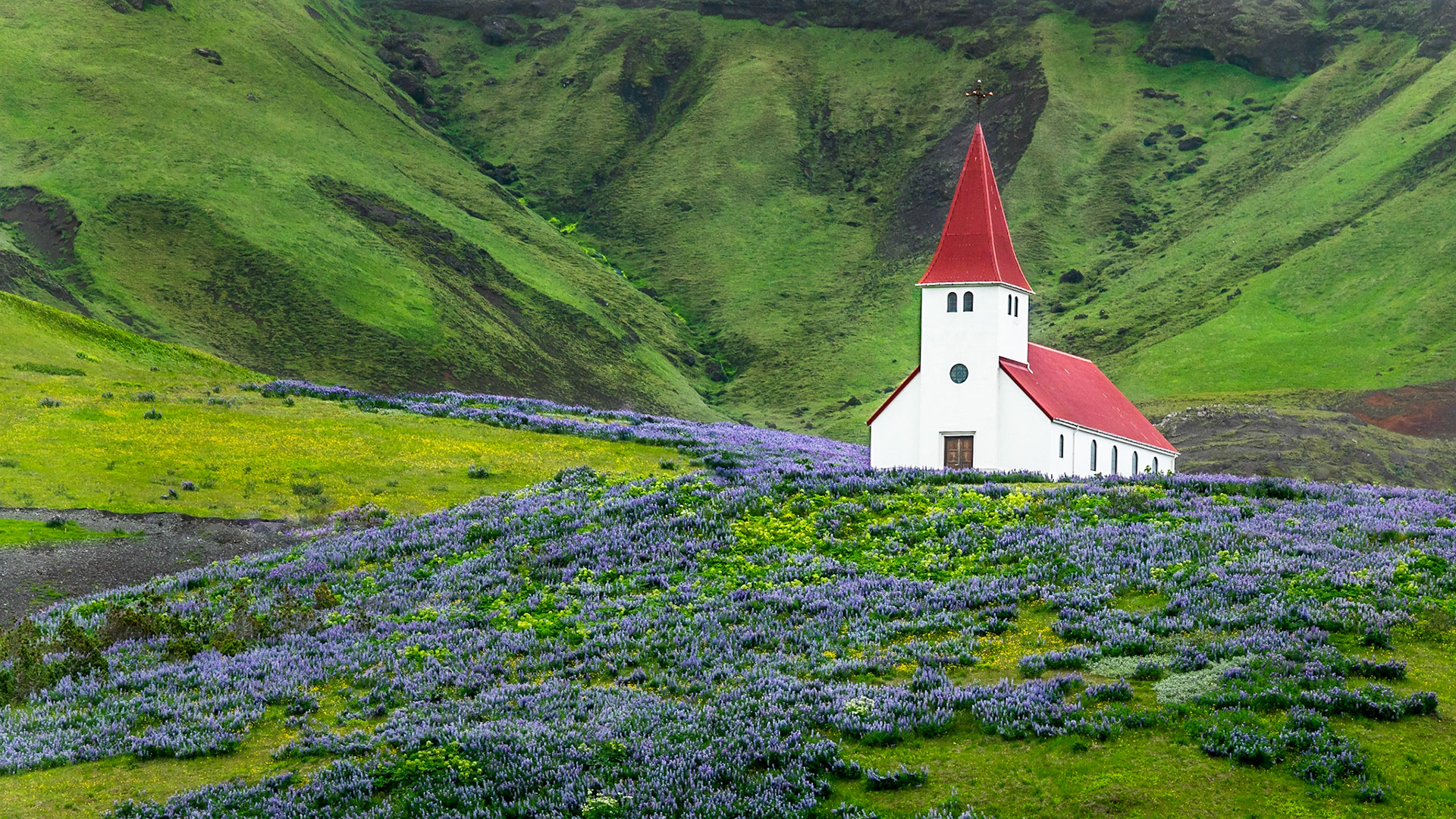 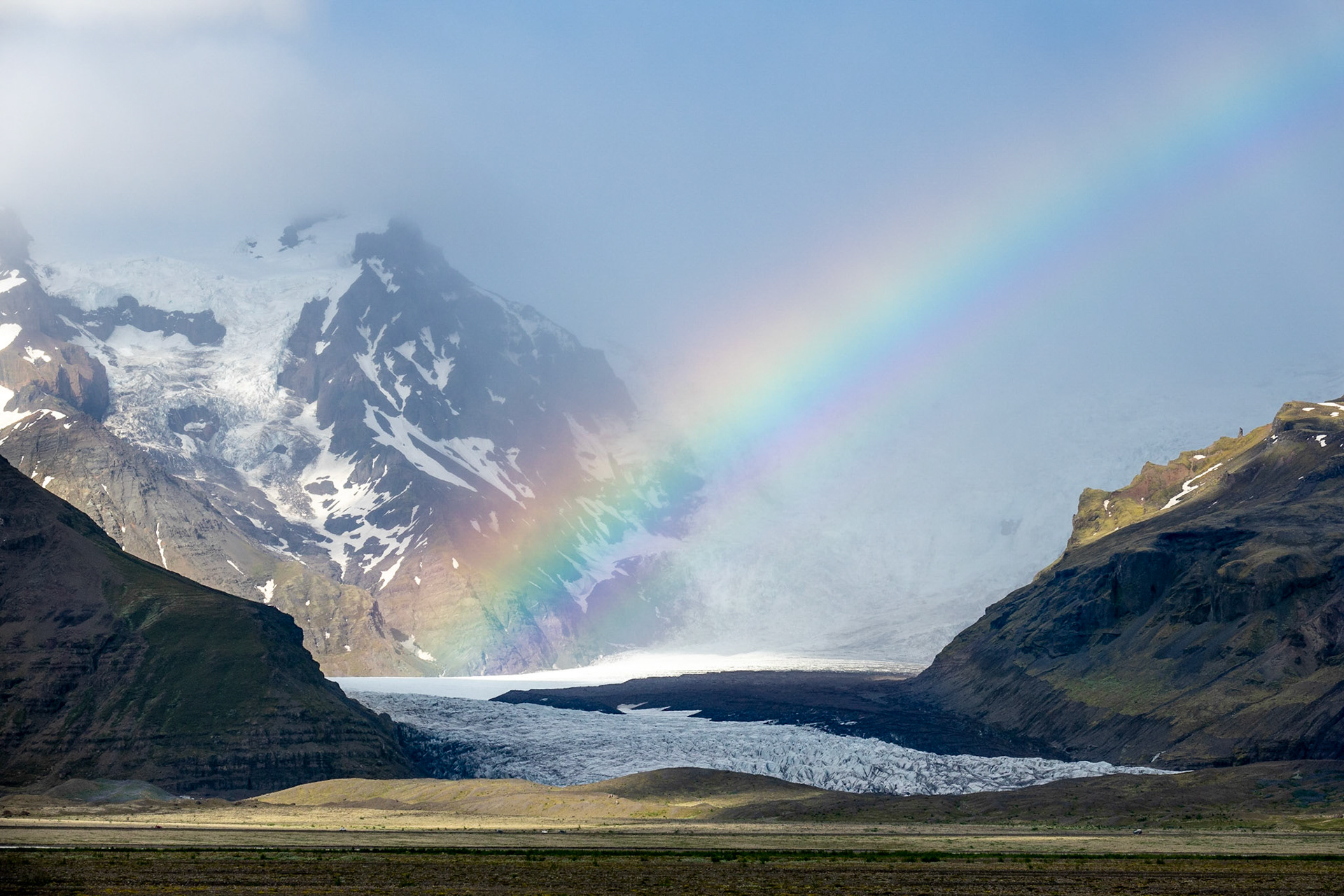 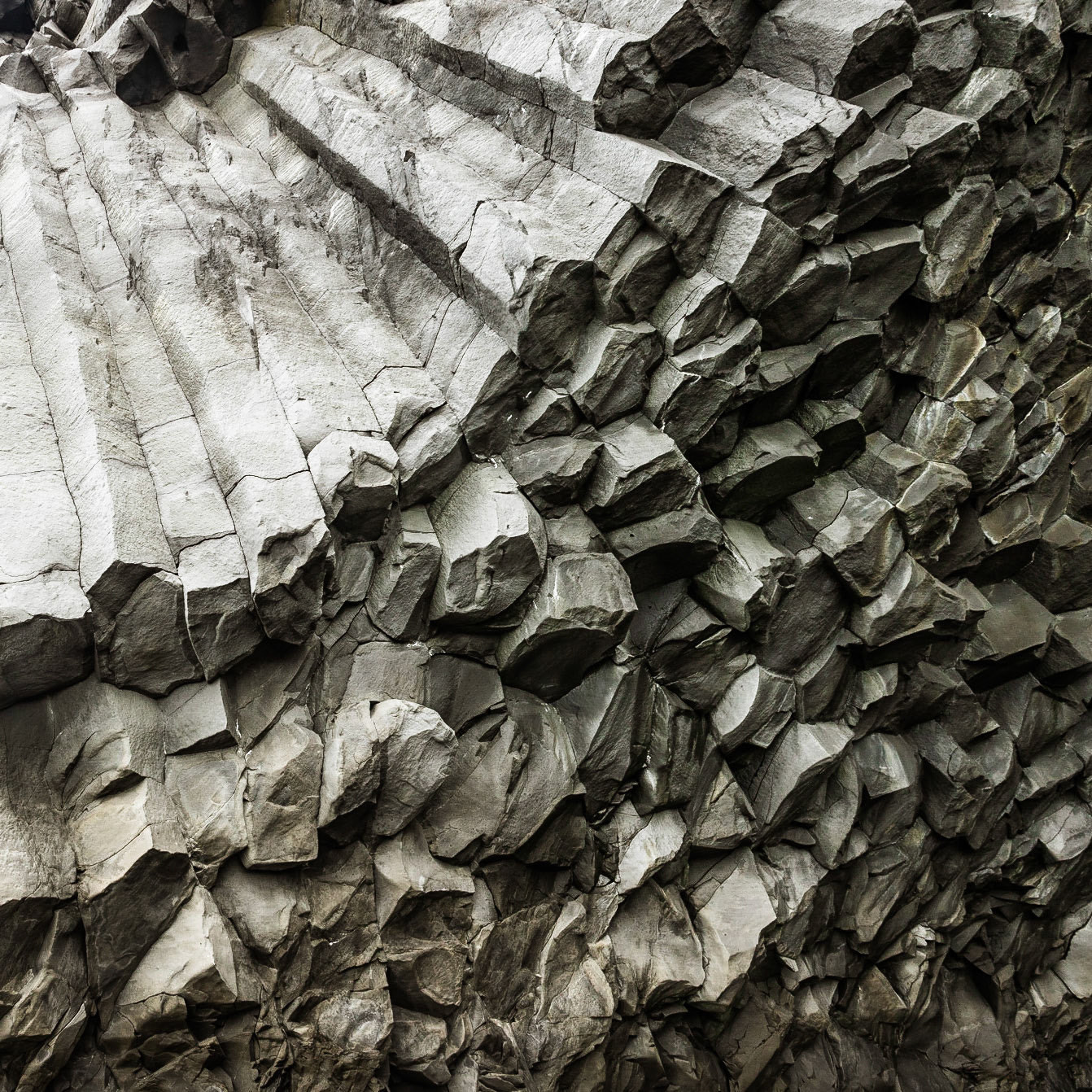 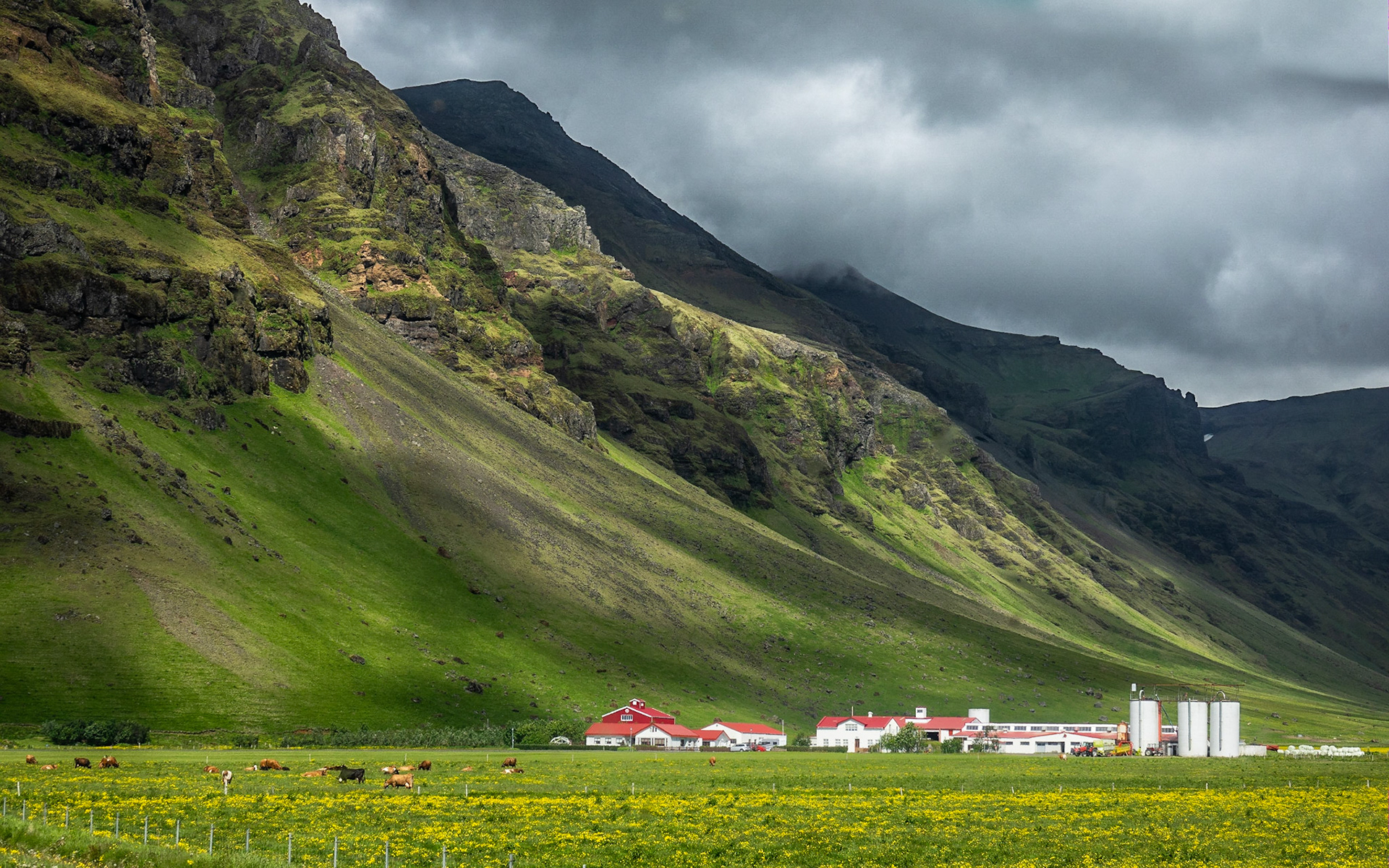 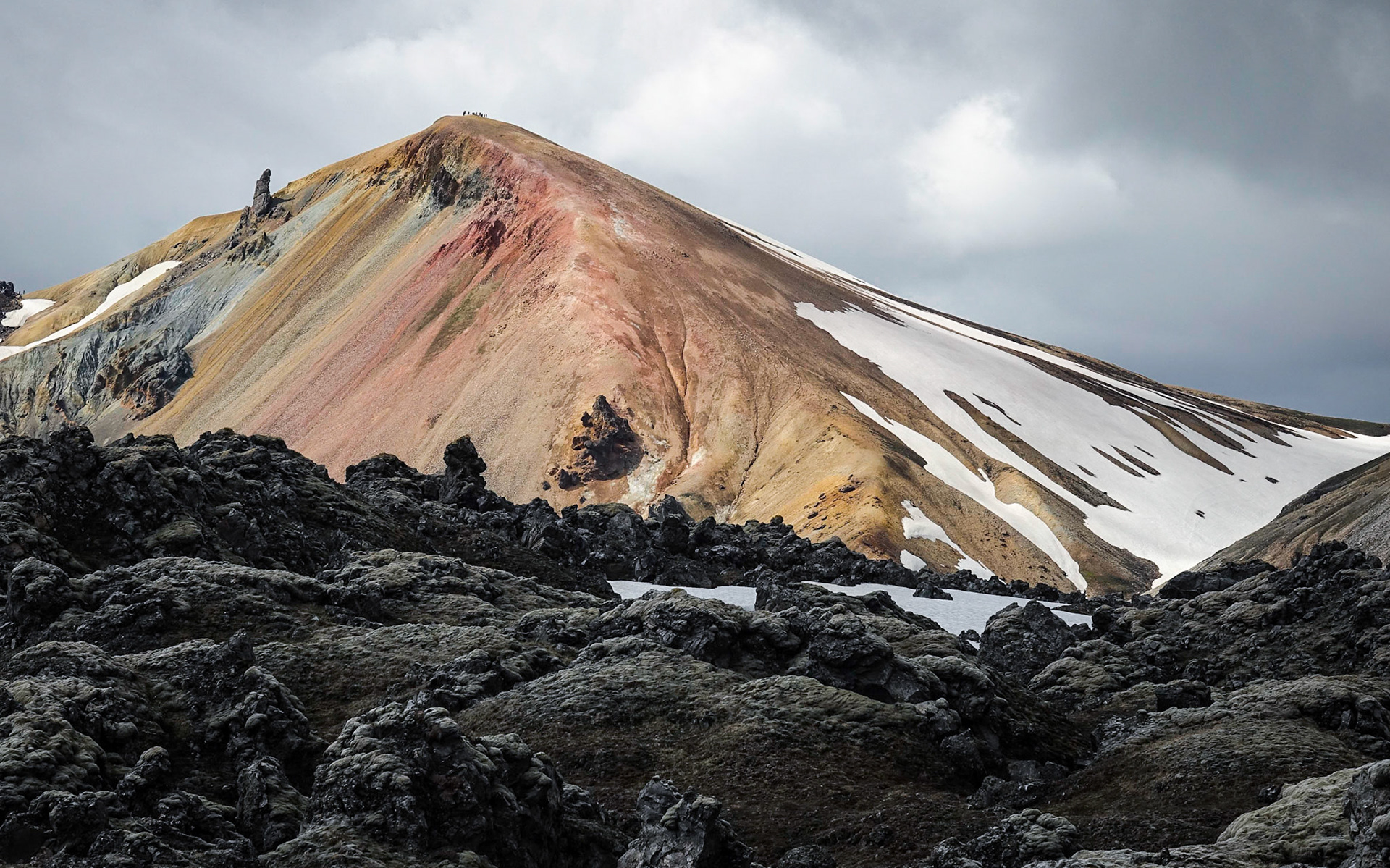 June: The only time to get into Landmannalaugar is from late June to August - but the spectacular views of colourful lava and volcanoes. 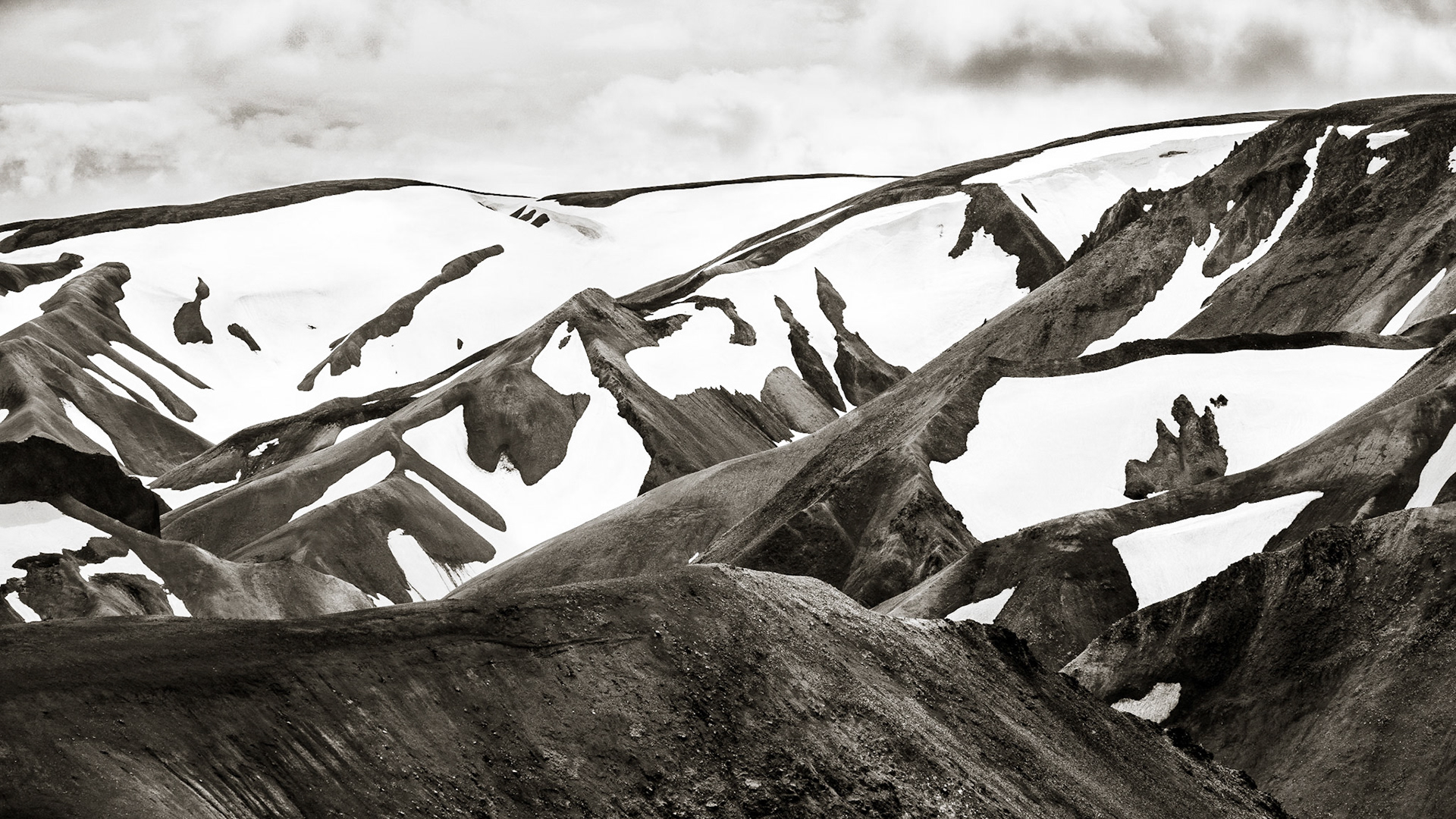 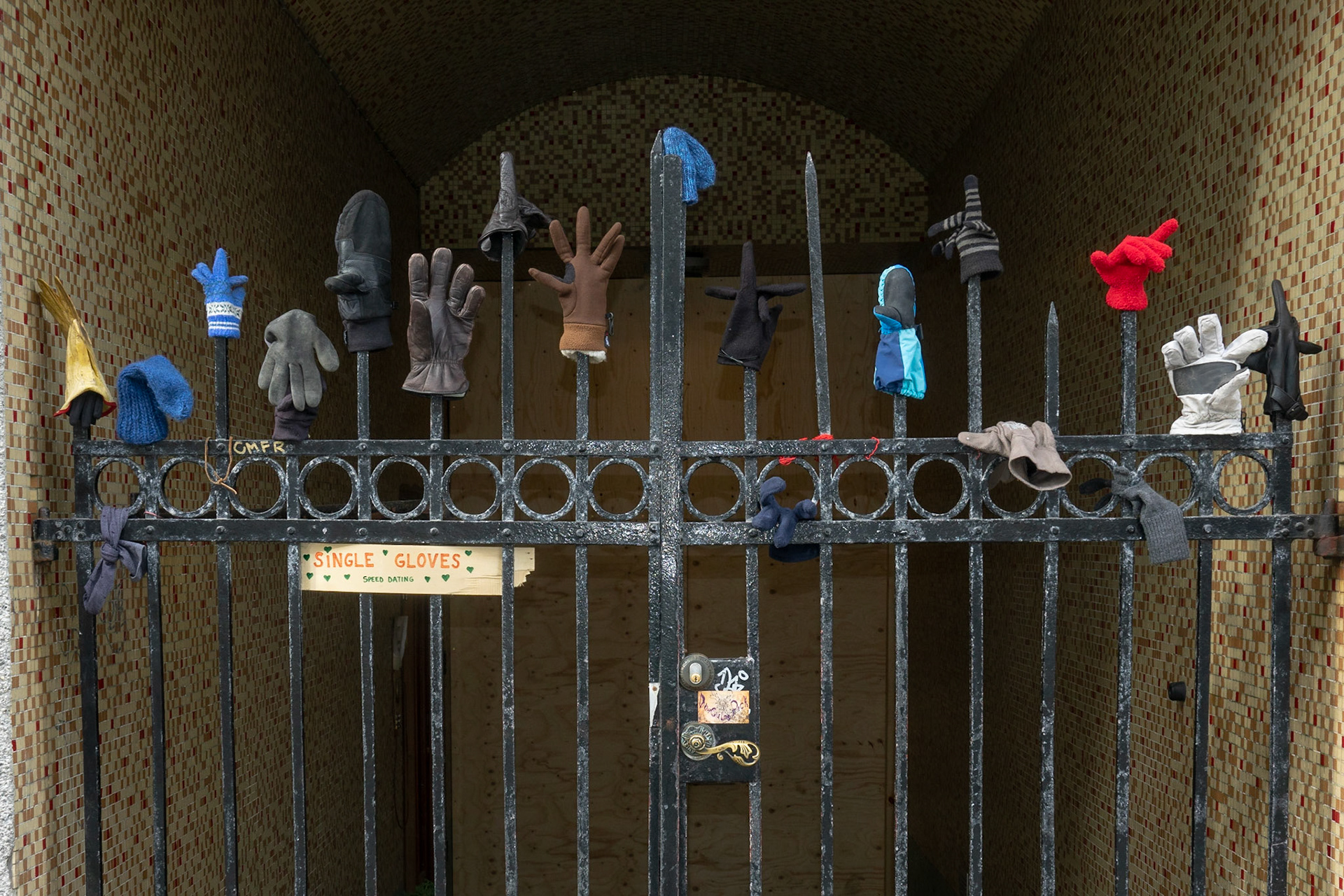 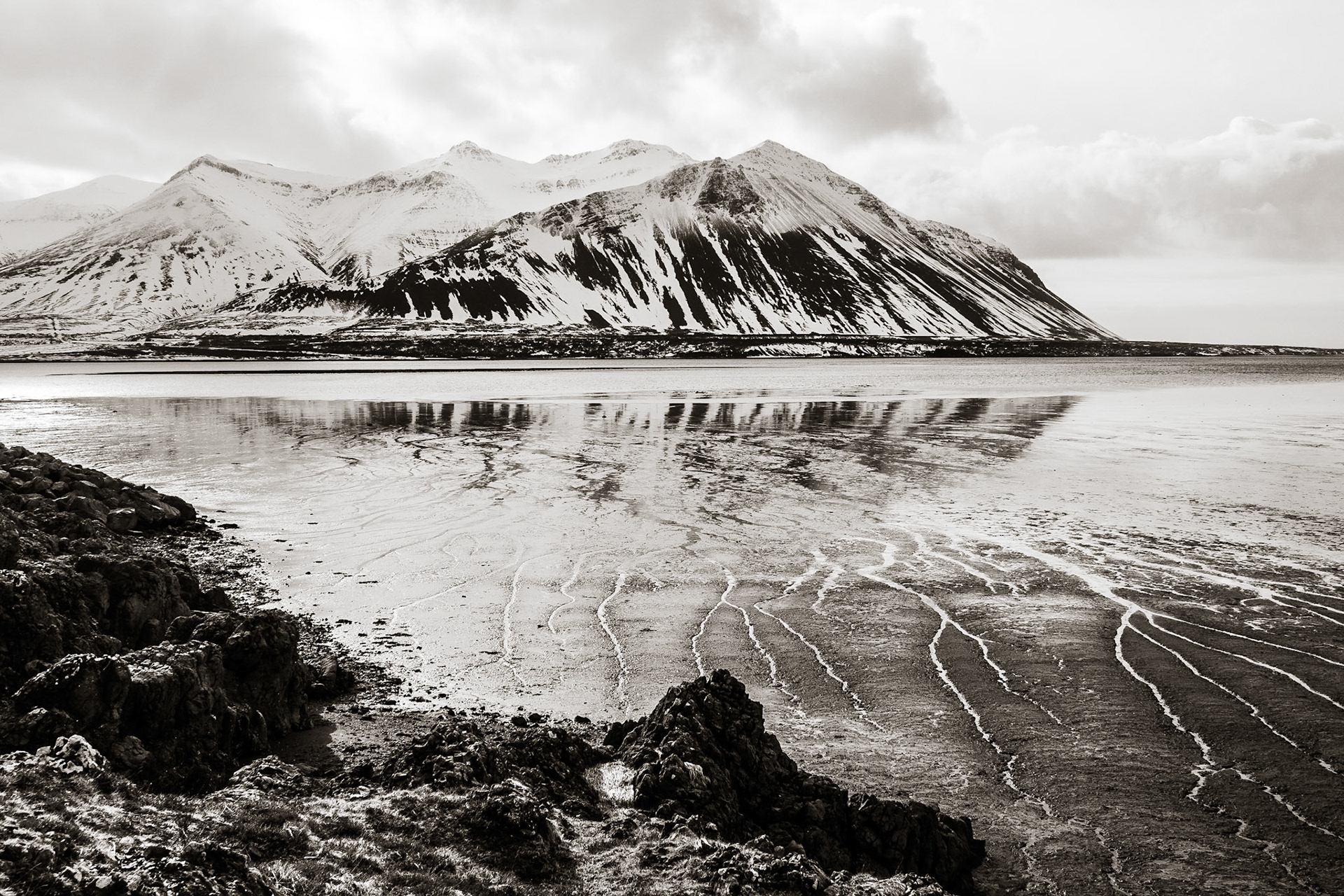 Dramatic snow-covered Hafnar mountain rises out of the Borgarnes fjord at low tide with rivulets etched into the mud of the seafloor along a rocky coastline. 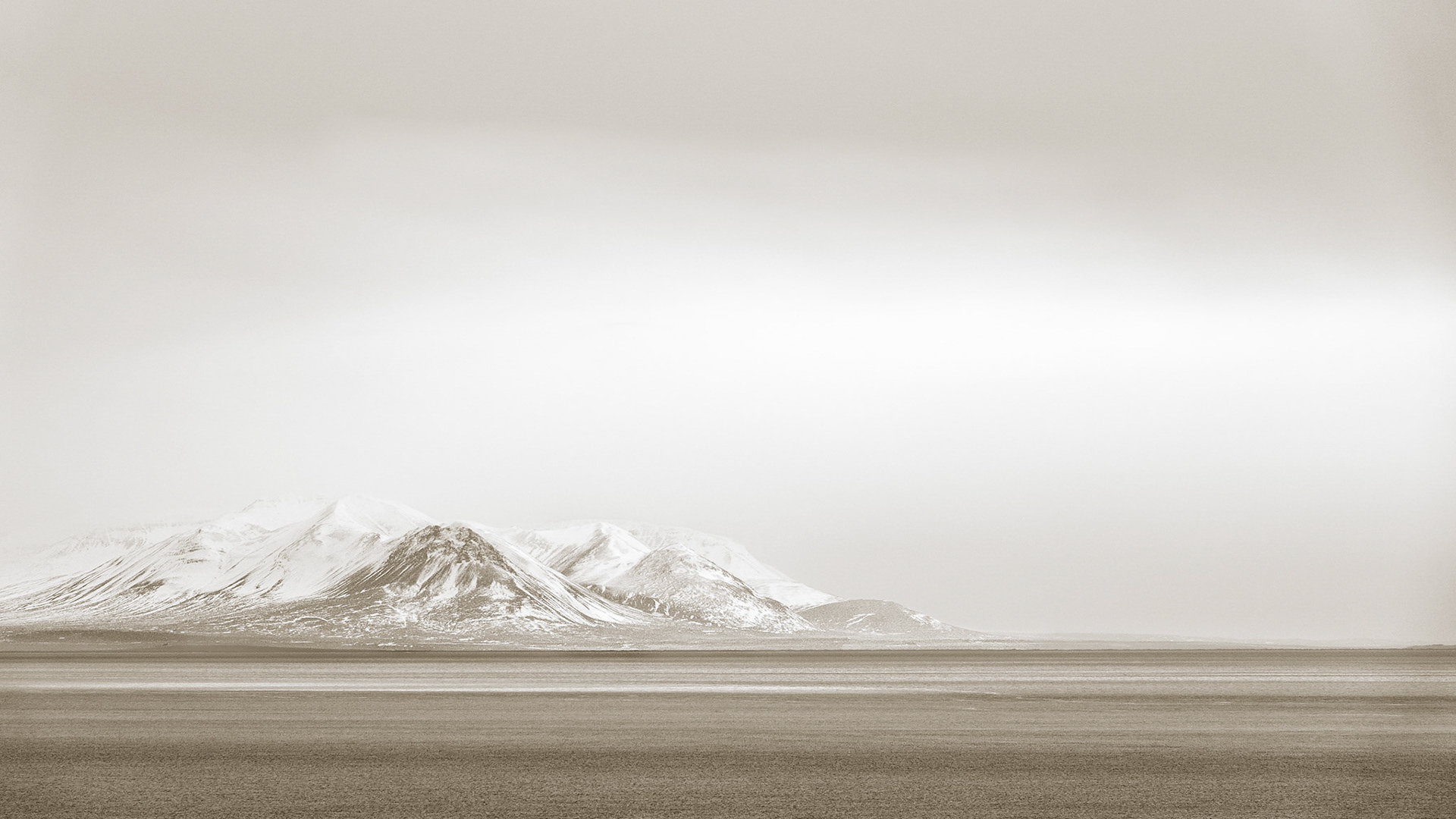 The snow-covered mountains of the Vatnsnes peninsula and shrouded in misty fog and cloud as they appear in the distance across the bay. 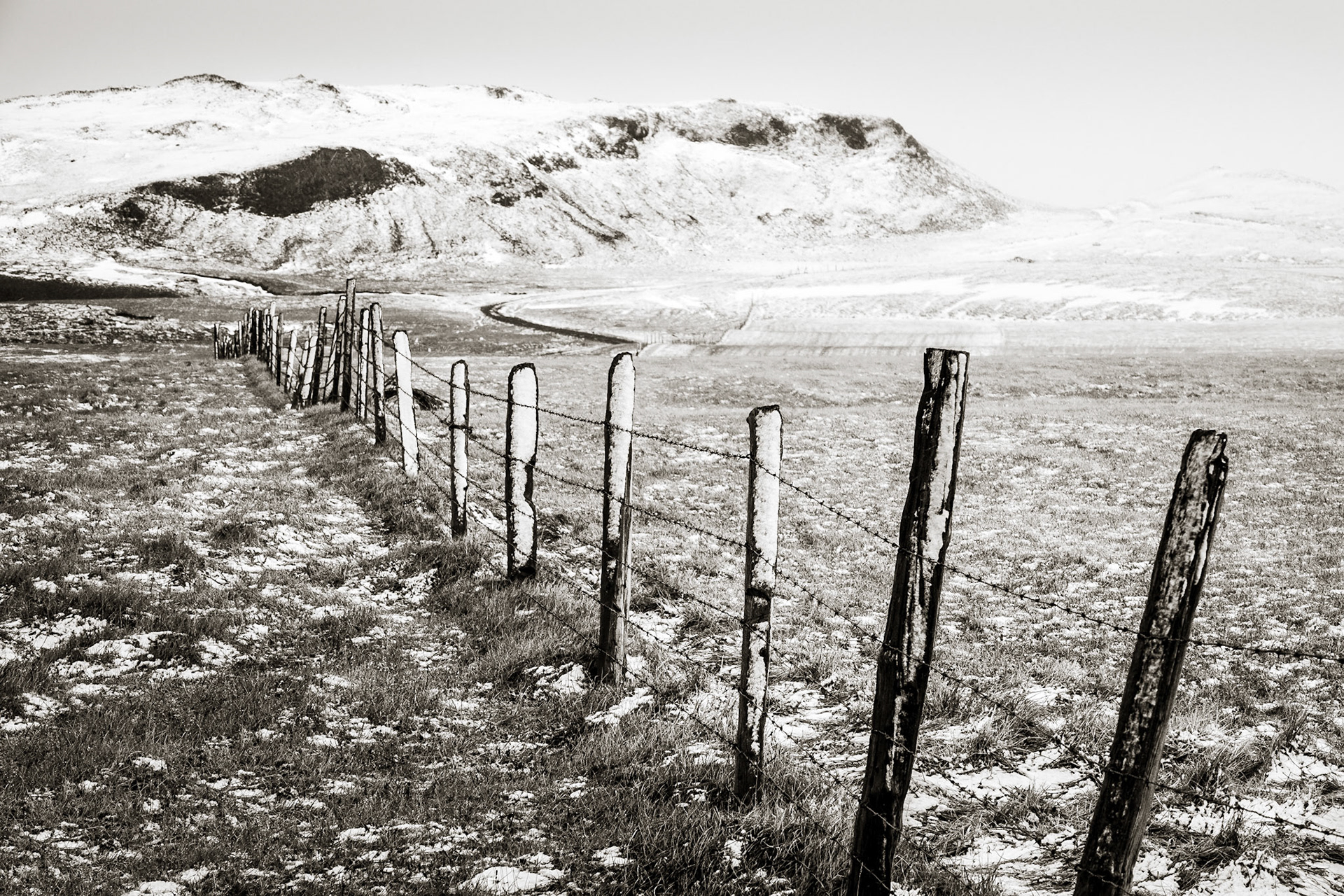 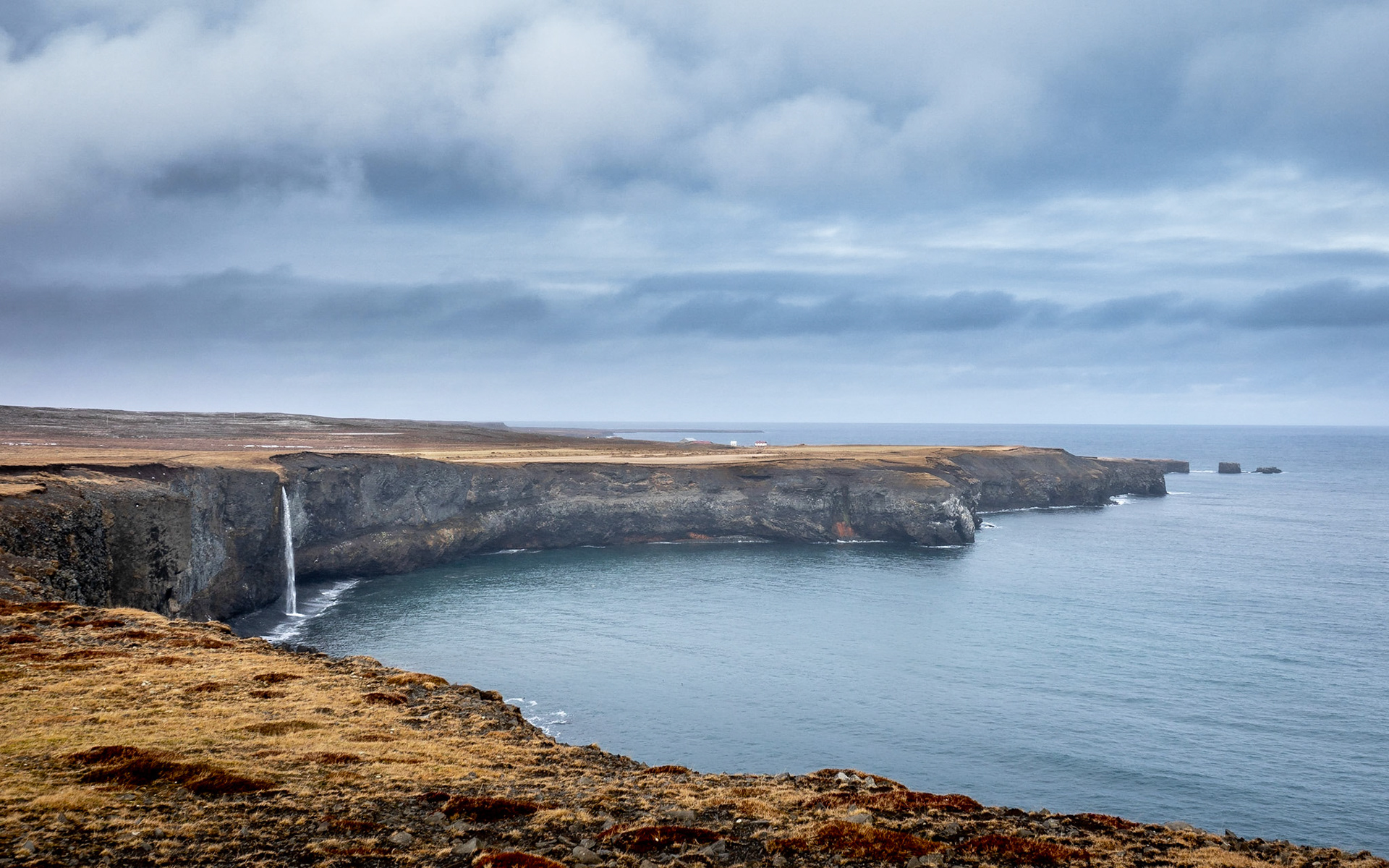 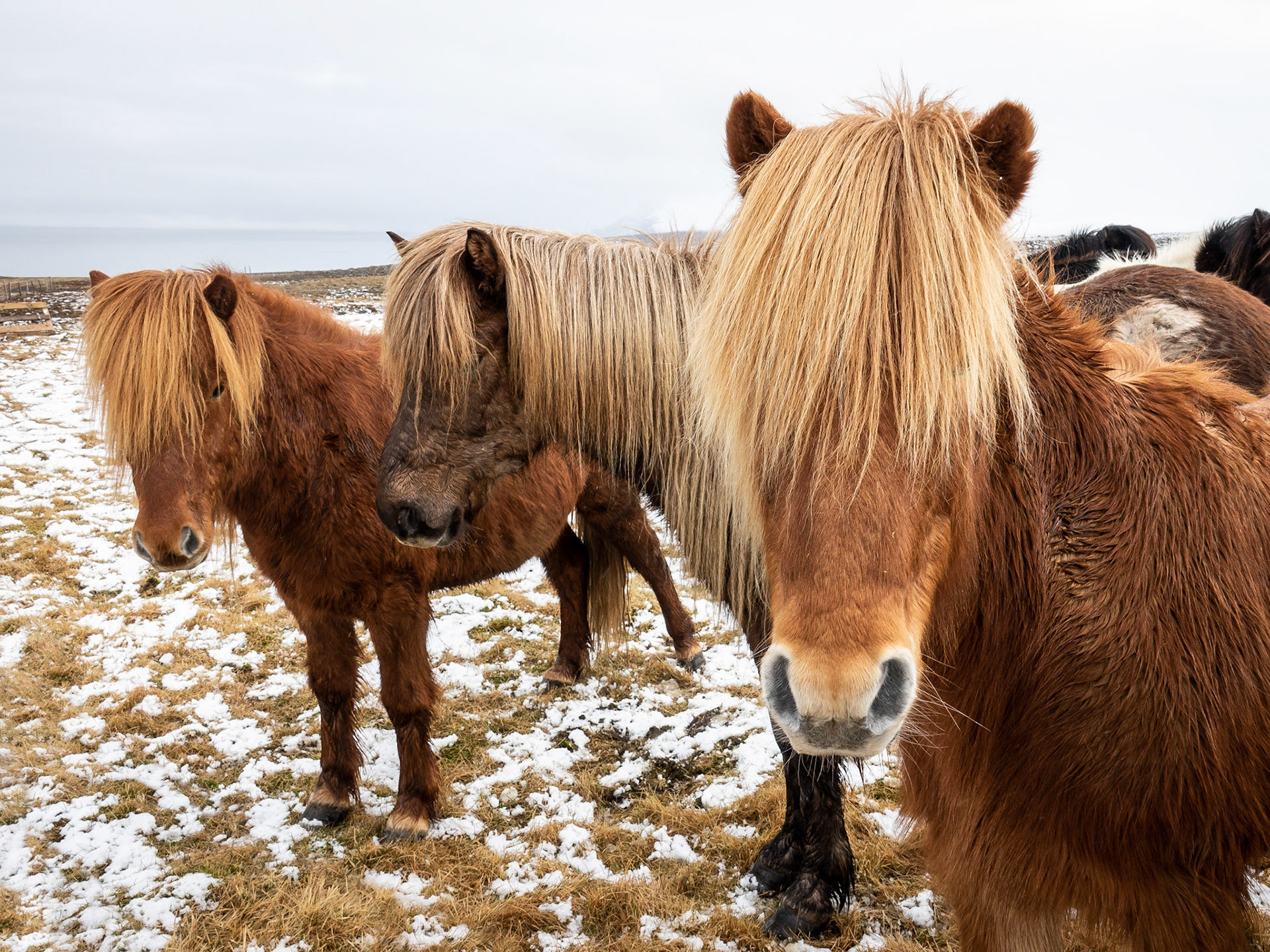 A group of three red-brown and blonde Icelandic horses pose for a portrait on the wintery and snow-covered fields. 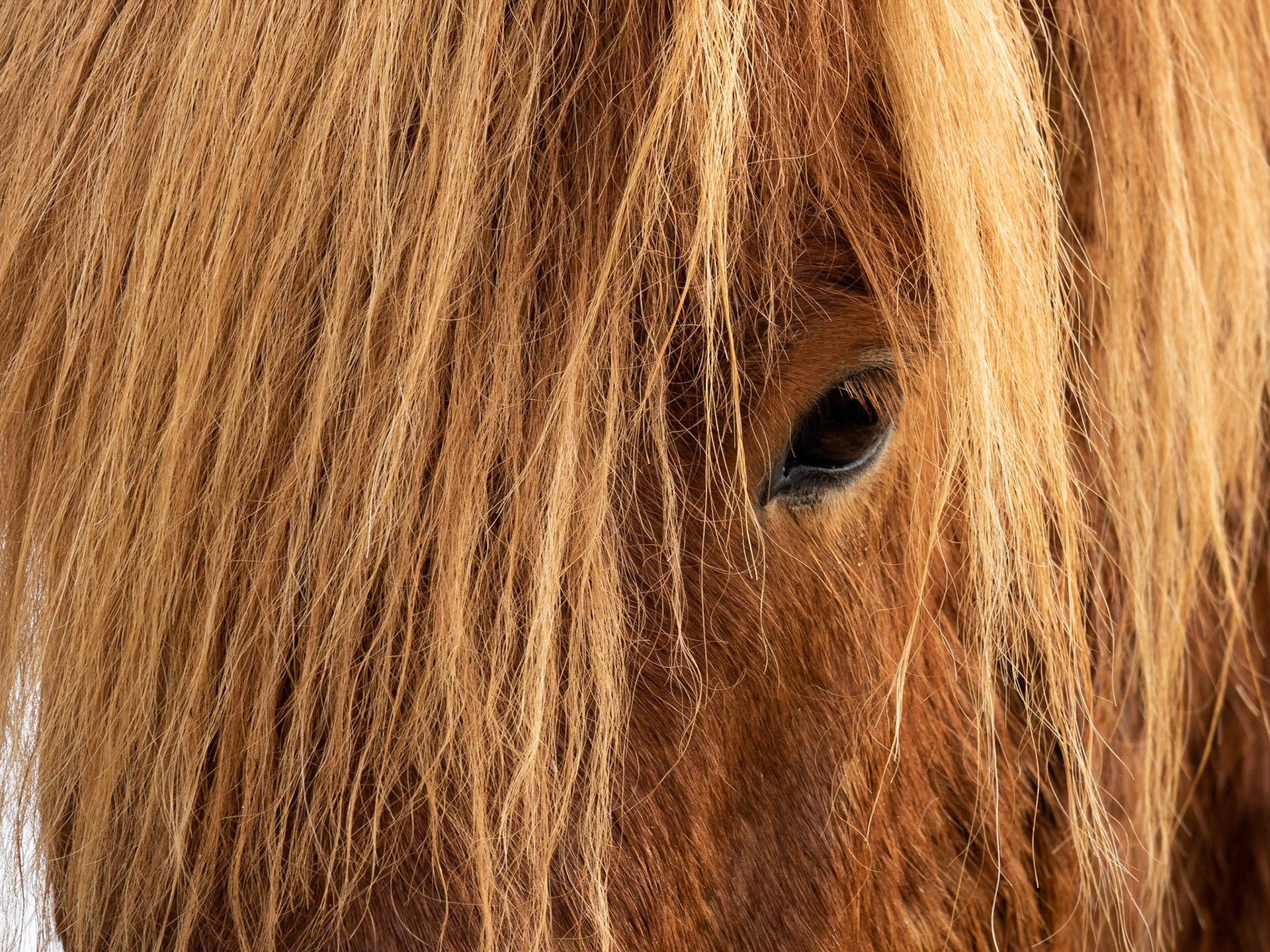 A red-brown and blonde Icelandic horse poses for a close-up portrait with just its eye and shaggy mane showing. 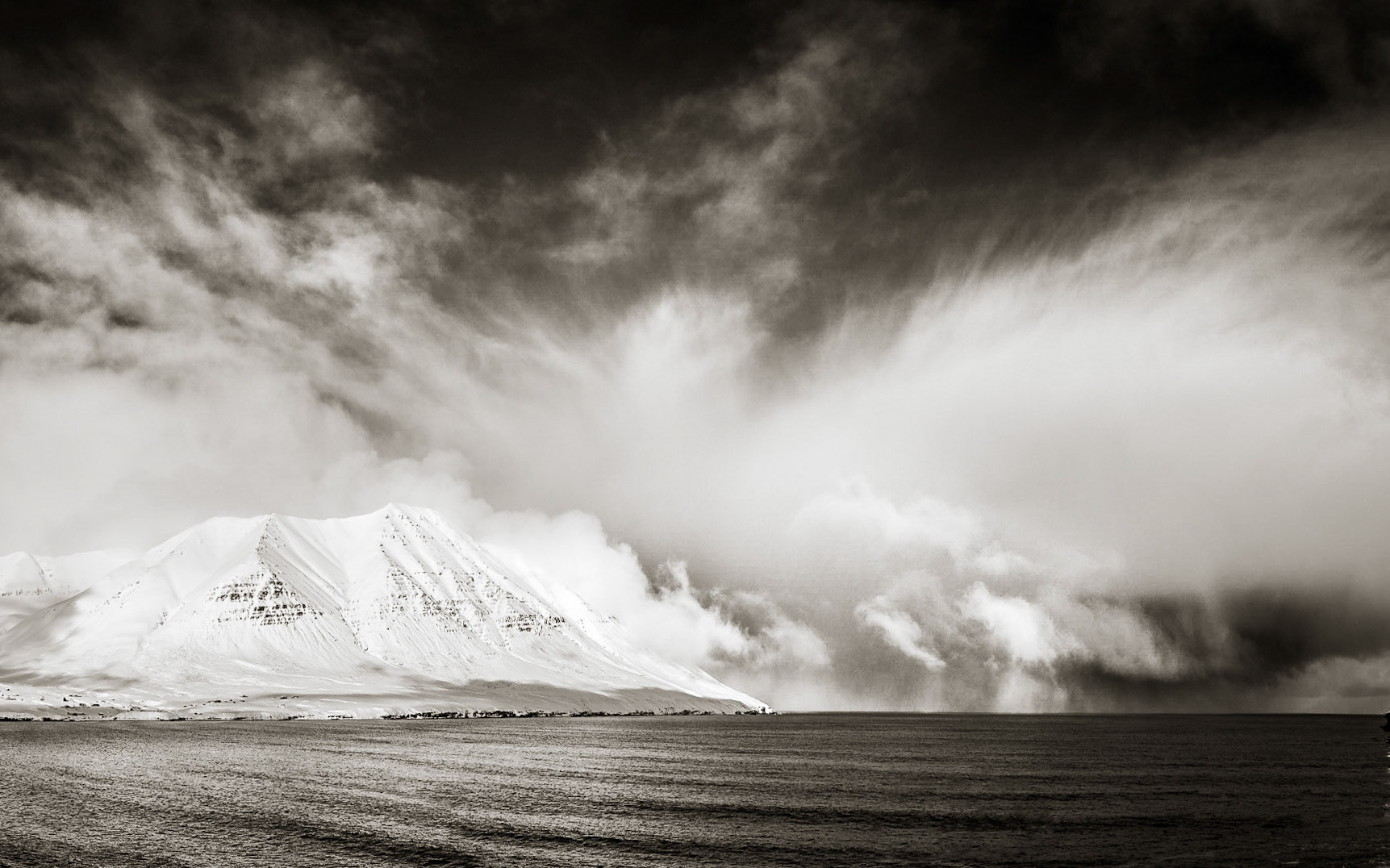 Dramatic storm clouds build off the coast of a fjord in Iceland with bright white snow-covered mountains plunging into the dark sea under a blue sky with wispy clouds. 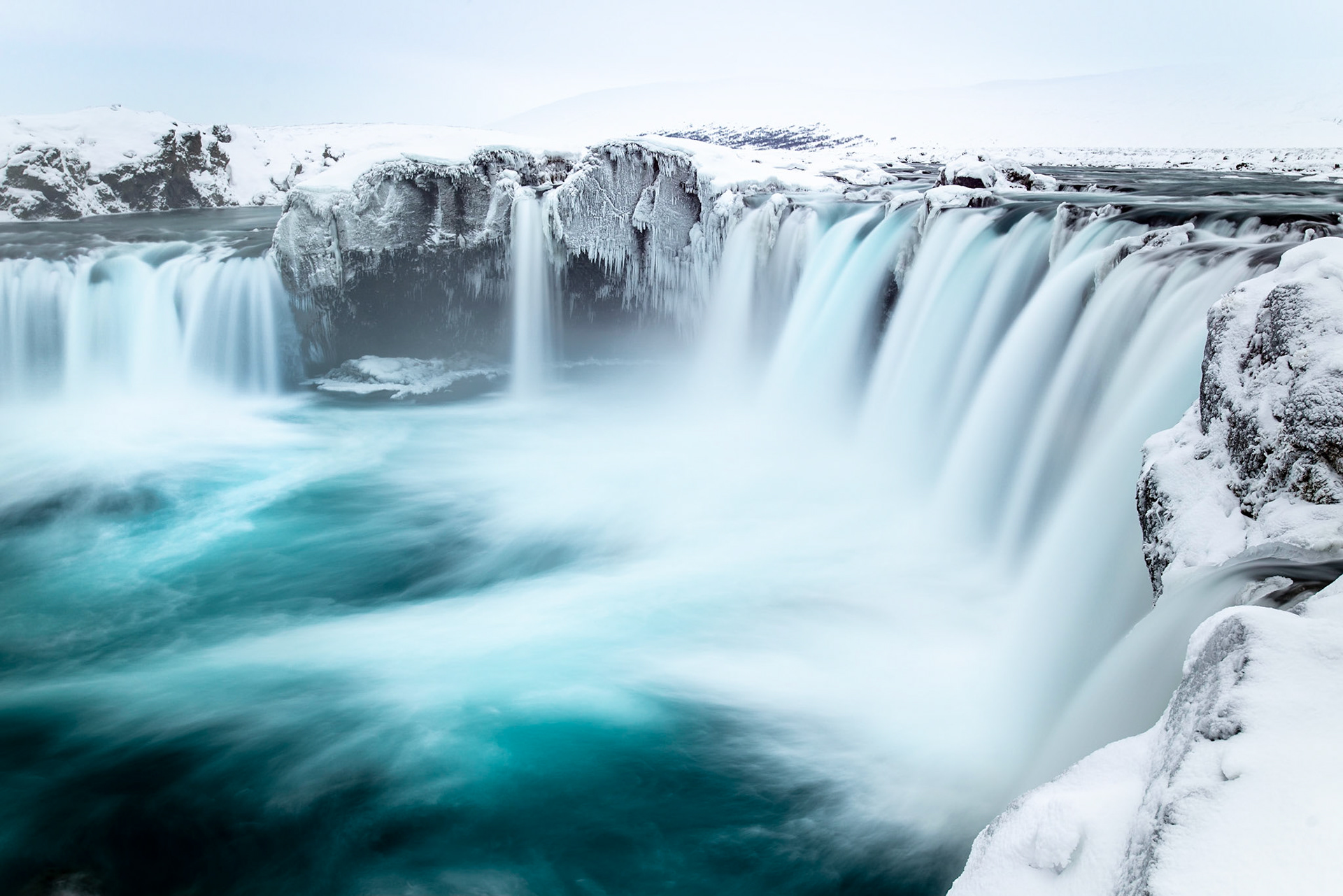 Glacial blue water flows smoothly in many streams over Godafoss creating ribbons of turquoise amidst the the ice and snow of winter. 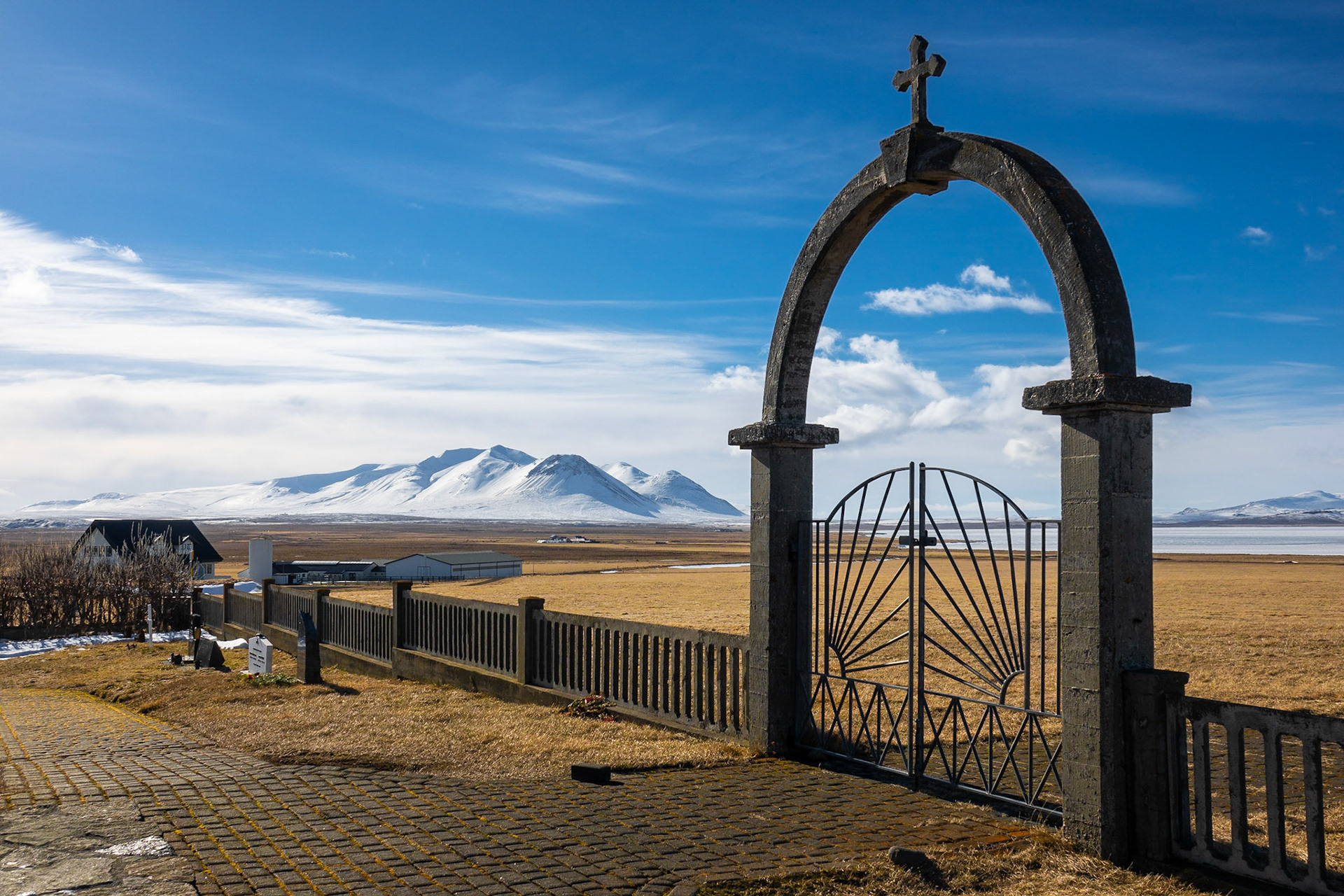 The black basalt arch, gate and stone fence of the entryway into the church yard sits under a brilliant blue sky with snow-covered mountains in the background with wind-swept fields between. 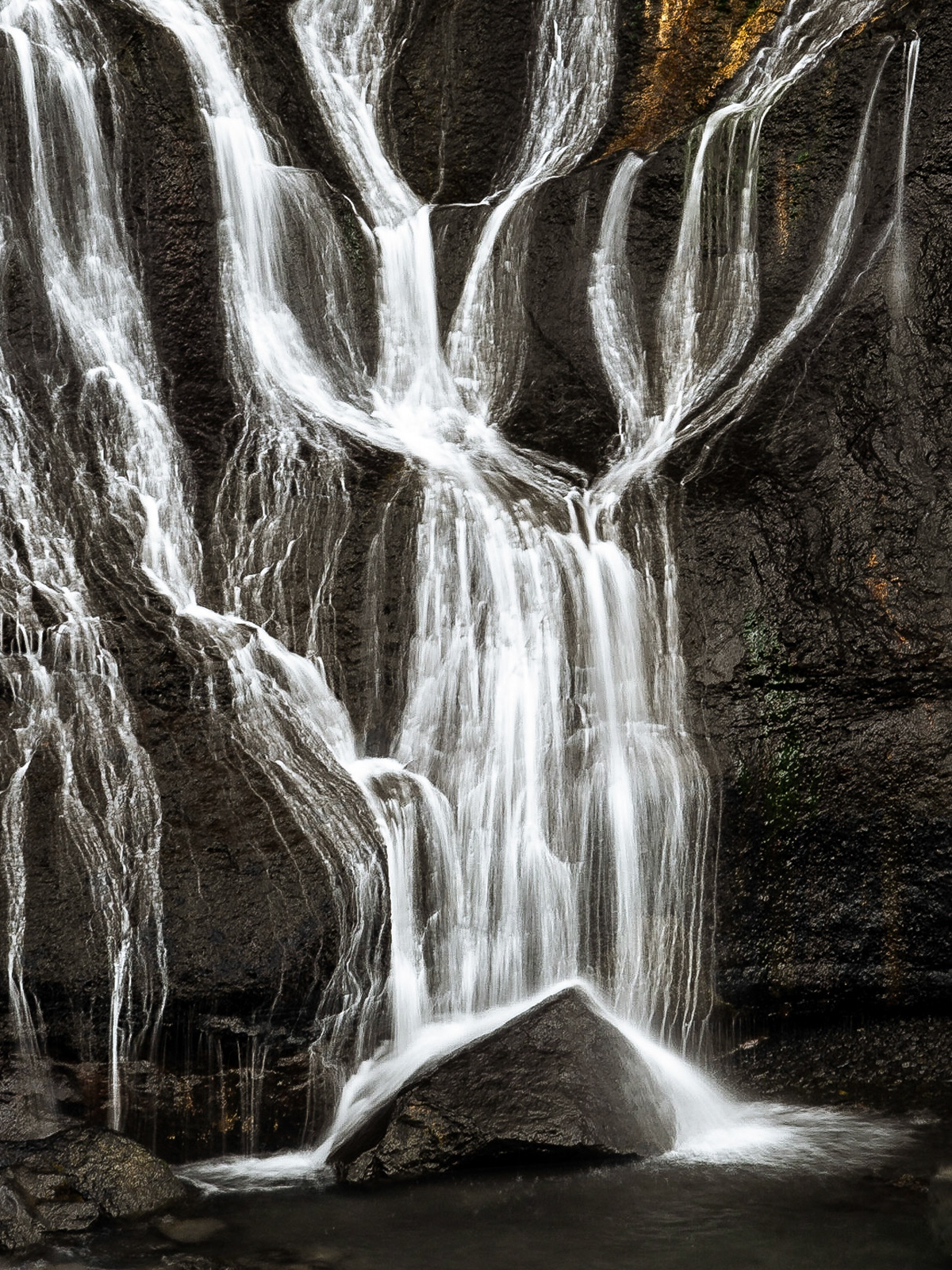 Ribbons of bright white water flow playfully over and in stark contrast to the dark, black lava at the Hraunfoss waterfall. 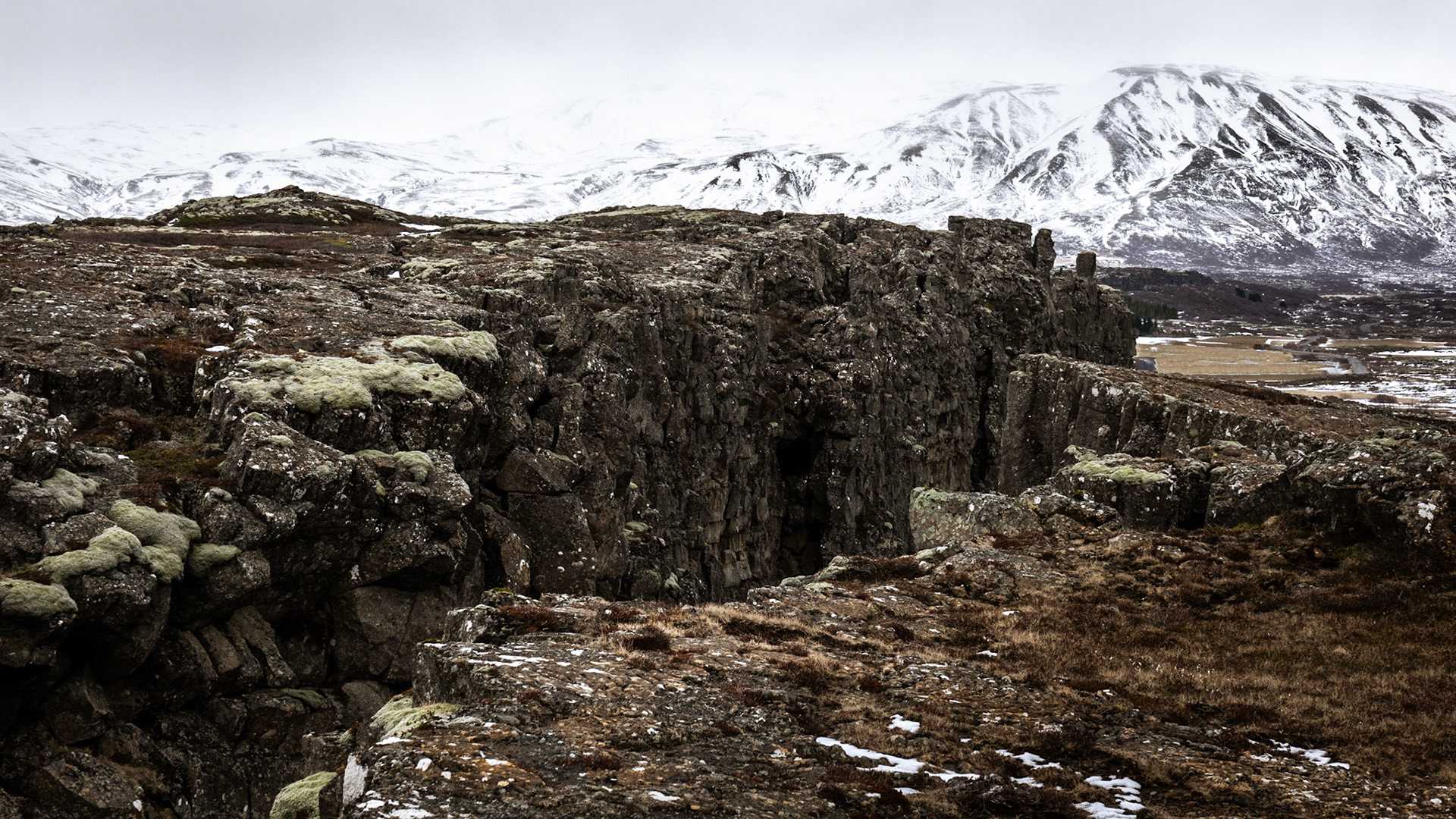 A wide fissure cuts diagonally through the dark, black basalt lava field of Thingvellir - a UNESCO World heritage Site - with snow-covered mountains in the background. 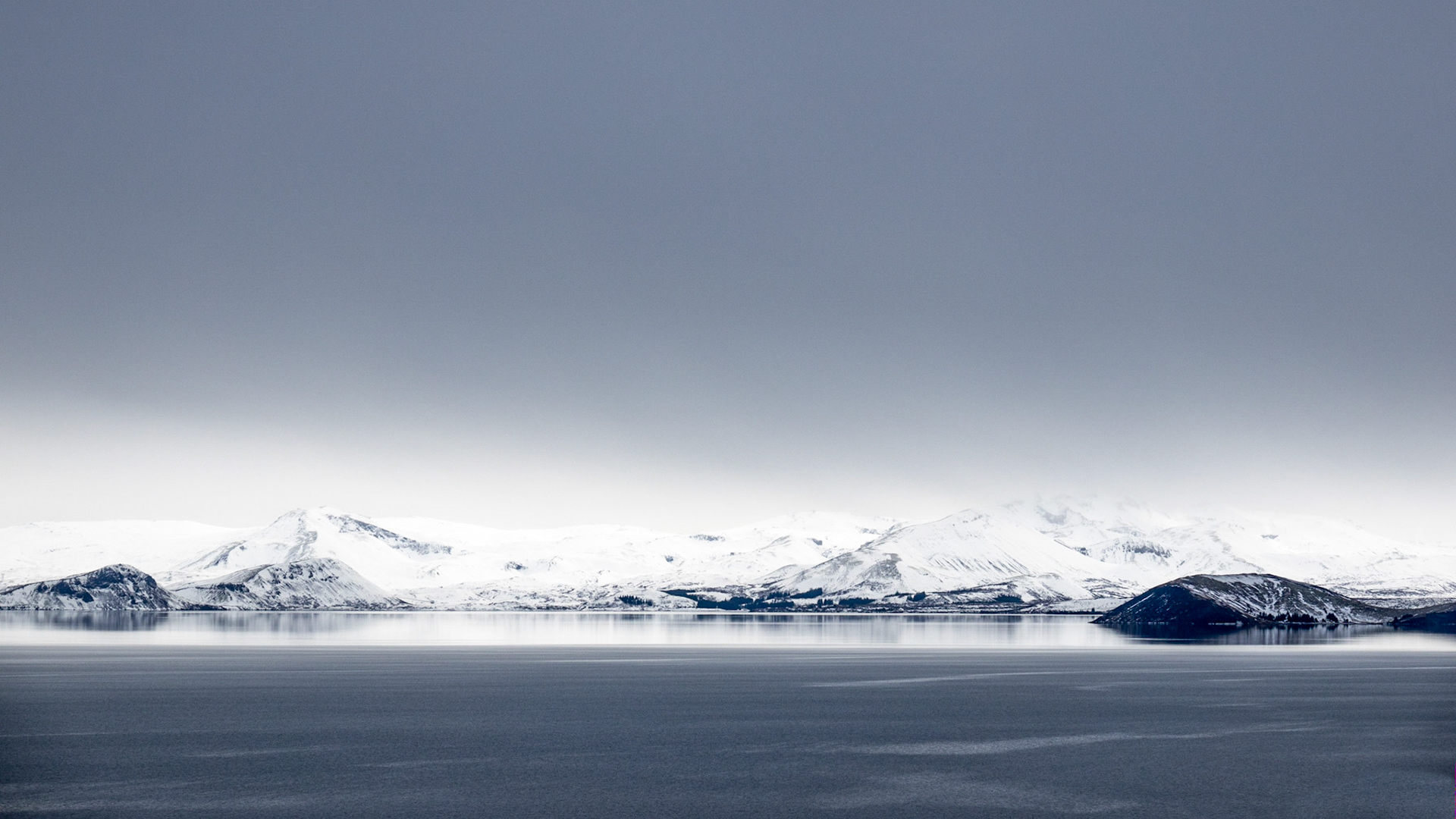 A sombre, steel-grey cloudy sky hovers over Thingvalla Lake along the rift valley of Iceland with snow-covered mountains along the shore 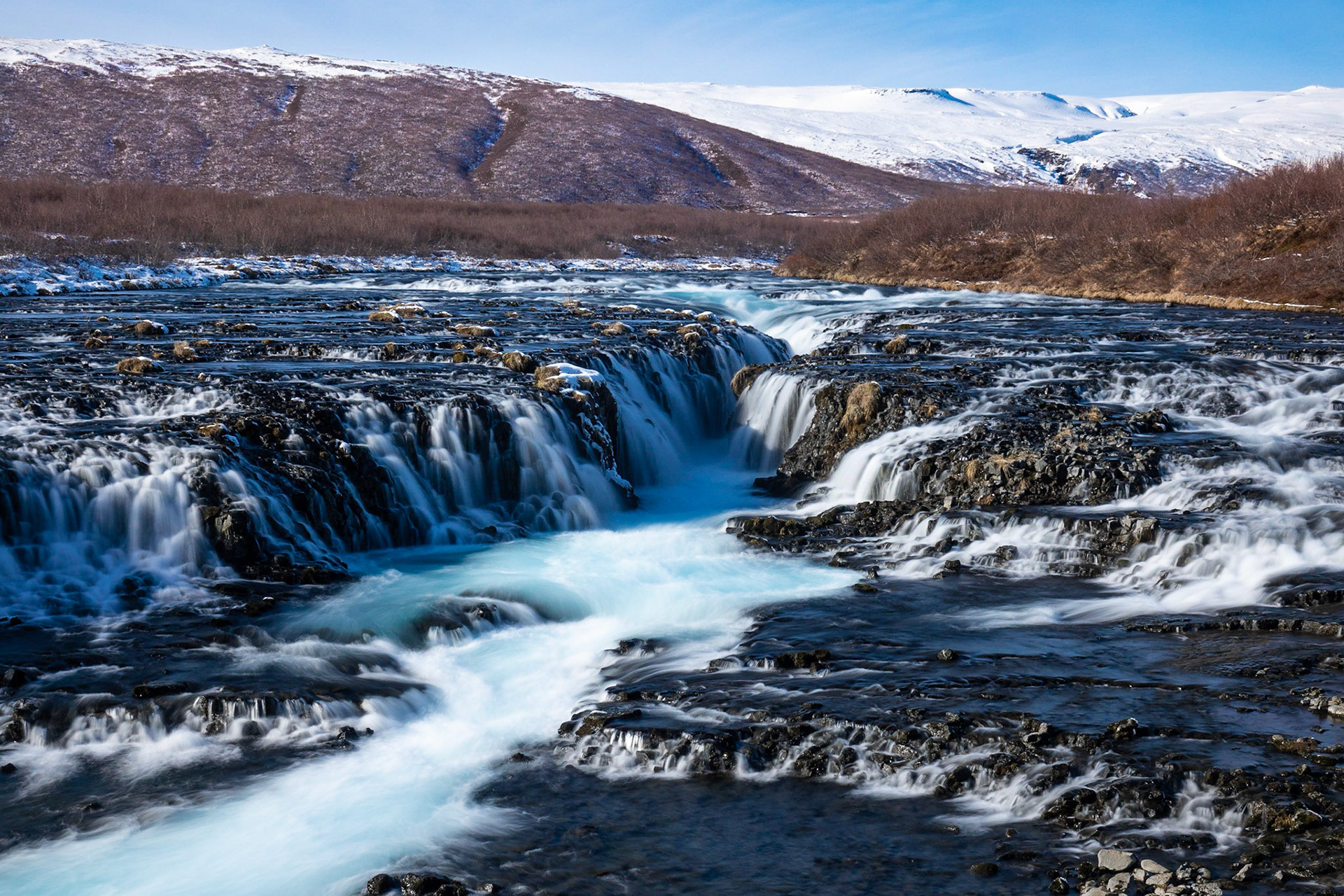 Hand-made archival Fine Art Prints and Notecards are available of all photographs.
Inquire here
Go to Iceland in Collections

Seasons: Winterscapes
↑Back to Top

Sorry to say, but cookies are a fact of life. Too bad they’re not the edible kind. Please click on ‘Accept’ to proceed —Thanks Accept